Everybody Thought We Were Crazy: Dennis Hopper, Brooke Hayward, and 1960s Los Angeles by Mark Rozzo

1960s Los Angeles in all its broad cultural glory is brought to life through this look at the marriage of Dennis Hopper and Brooke Hayward, the influencers of their day.

Their home in the Hollywood Hills acted as a salon for the exchange of ideas, projects, art, hopes and the dreams of an incredible array of people. In a house filled with what is now considered priceless contemporary art, Joan Didion rubbed shoulders with Miles Davis, Andy Warhol, Ed Ruscha, The Byrds, Ike & Tina Turner, Jasper Johns, Black Panthers and the Hells Angels. Depending on your age, Hopper is perhaps best known for playing villains towards the end of his life (Blue Velvet, Waterworld) his breakthrough directorial debut Easy Rider, or his off-screen bad boy antics, but his career began much earlier in films like Rebel Without a Cause. Hayward, the daughter of producer and agent Leland Hayward and the actress Margaret Sullavan, grew up as Hollywood royalty, with best friend Jane Fonda. This meant they traveled in both Old and New Hollywood circles, and acted as a bridge for both.  Vanity Fair contributor Rozzo does a seamless job of encapsulating their relationship and the cultural foment of the times that should appeal to a wide variety of readers. 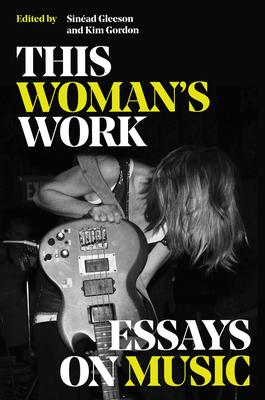 This Woman's Work: Essays on Music edited by Kim Gordon and Sinéad Gleeson

A brilliant collection of essays that challenge the historic narrative of music writing as written by, and for, men.

Contributors include Rachel Kushner, Maggie Nelson, Anne Enright, Fatima Bhutto and Ottessa Moshfegh. I’ll keep this simple by noting this book very quickly passed the acid test for me in that not only did I want to immediately seek out music performed by those profiled, I also now want to read the books the essayists are best known for. As with my other staff pick this month, this book is about so much more than what it first seems, and is a mind expander.