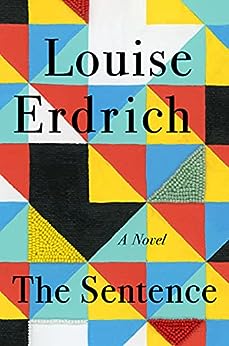 The Sentence by Louise Erdrich

The ghost of a former customer haunts an indie bookstore in Minneapolis during the time of COVID-19 and in the aftermath of the death of George Floyd.

Erdrich blends myth with horror and contemporary politics while never failing to maintain a mordant sense of humor. Rumaan Alam has observed that Erdrich has a knack for “inventing what is not strictly real to access some place of hidden meaning,” with this talent never more forcibly on display than in this follow up to her Pulitzer Prize winning The Night Watchman.

It’s worth noting that the author does actually own an independent bookstore in Minneapolis – Birchbark Books – the central hub for this work of fiction, and appears briefly at times in the story, simply referred to as “Louise.” This book is a stellar example of the power of fiction to deliver truth through story with more force, clarity and accuracy than non-fiction can.

Fuzz: When Nature Breaks the Law by Mary Roach

While you can’t help but learn a lot from reading her books (Bonk, “Stiff and “Gulp to name a few), they’re mainly entertainments for non-fiction readers (including those that don’t normally read science books). This book ranges widely, tackling monkeys in Delhi, pigeons in the Vatican, elephants in India and killer trees in the Pacific Northwest. For all her quirky humour, Roach does not gloss over the inevitable tragedies that occur as a result of the steady erosion of wildlife habitat around the world: as funny as it might appear to see a bear in Aspen in front of a Louis Vuitton boutique, she doesn’t pull her punches about the grim fate it awaits.

A member of the Mars Institute’s Advisory Board, Roach’s TED talk, “Ten Things You Didn’t Know About the Orgasm,” made that organization’s list of its most popular talks of all time.